Quarantine in Spring
Breaking Up

"Got My Mindfulness Meditation On"

On The Afflicted Girls

“Cathleen Calbert has written a history of the world, but this time a woman is holding the pen and we’re getting the real scoop from the girls, who have been writing it all along. From Eve through the virgins and saints and witches and bad girls–we hear the other side of the story. Women take to the high seas, and they know everyone’s secrets. This is an angry book, a fiercely intelligent book, a book that will make you laugh and cry on the same page. Fasten your seat belts, dear reader. You’re in for a wild ride.”
–Barbara Hamby

“The Afflicted Girls is a book filled with powerful voices. The poems are lush and textured, subtle yet fierce. This is a wonderful collection by a woman writing at the peak of her powers. Cathleen Calbert is a poet who has learned her trade, and her music is sure and original.”
–Thomas Lux

"Fortunately, there are no 'good wives' inhabiting the pages of this sensitive and illuminating study of history’s 'afflicted' women. Their voices deserve to be heard. Their stories are bewitching."
--Deborah Hauser, Mom Egg Review


On Sleeping with a Famous Poet

"Cathleen Calbert's Sleeping with a Famous Poet is a glorious romp of a book. She explores male and female relationships--through post-confessional modes, myth, and pop cultures--with hilarity and poignancy. Calbert's poems are sassy, sexy, smart, and full of pizzazz. Her formal innovations include poems that zigzag down the page, soap opera-inspired rhyming couplets, and an astounding re-imagining of Sei Shonagon's The Pillow Book. Her energy is dizzying. Her voice is enthralling. The poems in Sleeping with a Famous Poet burst from the page."
--Denise Duhamel

"I think of Cathleen Calbert as a poet who investigates and celebrates intimacy. She is fascinated by our means of connecting--through speech, culture, sex--and details our movements toward and away from each other in a way that balances intellection and emotion. It’s no surprise that language is the fundamental intimacy for any poet, but in Calbert’s work, the distance between the body and what can be said is almost erased . . . . Calbert’s vision is sensual and generative. This is a powerful book."
--Bob Hicok

"Cathleen Calbert, in her tour-de-force second book of poems, Bad Judgment, takes on the role of fool: donning masks and costumes, spinning out lines of rapid-fire witticisms. Her narrator is mercurial, moving in an instant from cackling laughter to sobs . . . . In Bad Judgment, Cathleen Calbert dazzles, wounds, and delights."
Liz Rosenberg, The Boston Globe

"The mordant, deadpan attitude of Calbert’s second collection finds its appropriate subject matter in the figures that populate her poems: vampire cats and bloodsucking babies, death-warmed-over boyfriends, black-clad academics on the beach. In a dream world full of the living dead, Calbert’s voice is the insistent, up-and-at-‘em whip. These poems have an ironic mission to locate the spiritual and spirited; they blow on the ashes with provocative language and the imperative’s urgency . . . . Calbert presides authoritatively over her own work, and her judgment is refreshingly sound."
--Publishers Weekly


On Lessons in Space

"Cathleen Calbert's Lessons in Space is a wonderful, truly distinctive debut. These poems are richly narrative in a way that has the formal and imaginative dash of real poetry, enlivened by a fresh, untamable spirit."
--Robert Pinsky

"For all the toughness, asperity, gall in her exacting inspection of those circumstances we find so hard to make out—adolescence, marriage, love, la condition féminine—there is an abiding sweetness in Cathleen Calbert’s poems, honey at the heart or at some other center. Her poems are like pomes, indeed, delectable within the rind, but guarded, sly."
--Richard Howard

"Postmodern in stance, self-ironic in nature, the speaker in Cathleen Calbert's poems leads the reader to tough questions--'How to live, to choose, to justify our choices'--but in verse so exquisitely crafted, lyrically uplifting, and humorously informed, one cannot resist staying the course, poem after poem, even if it means facing discomfiting realities."
--Priscilla Atkins "Vampire Babies & Chocolate Martinis: Habits of Wit in Cathleen Calbert's Poetry" Studies in American Humor 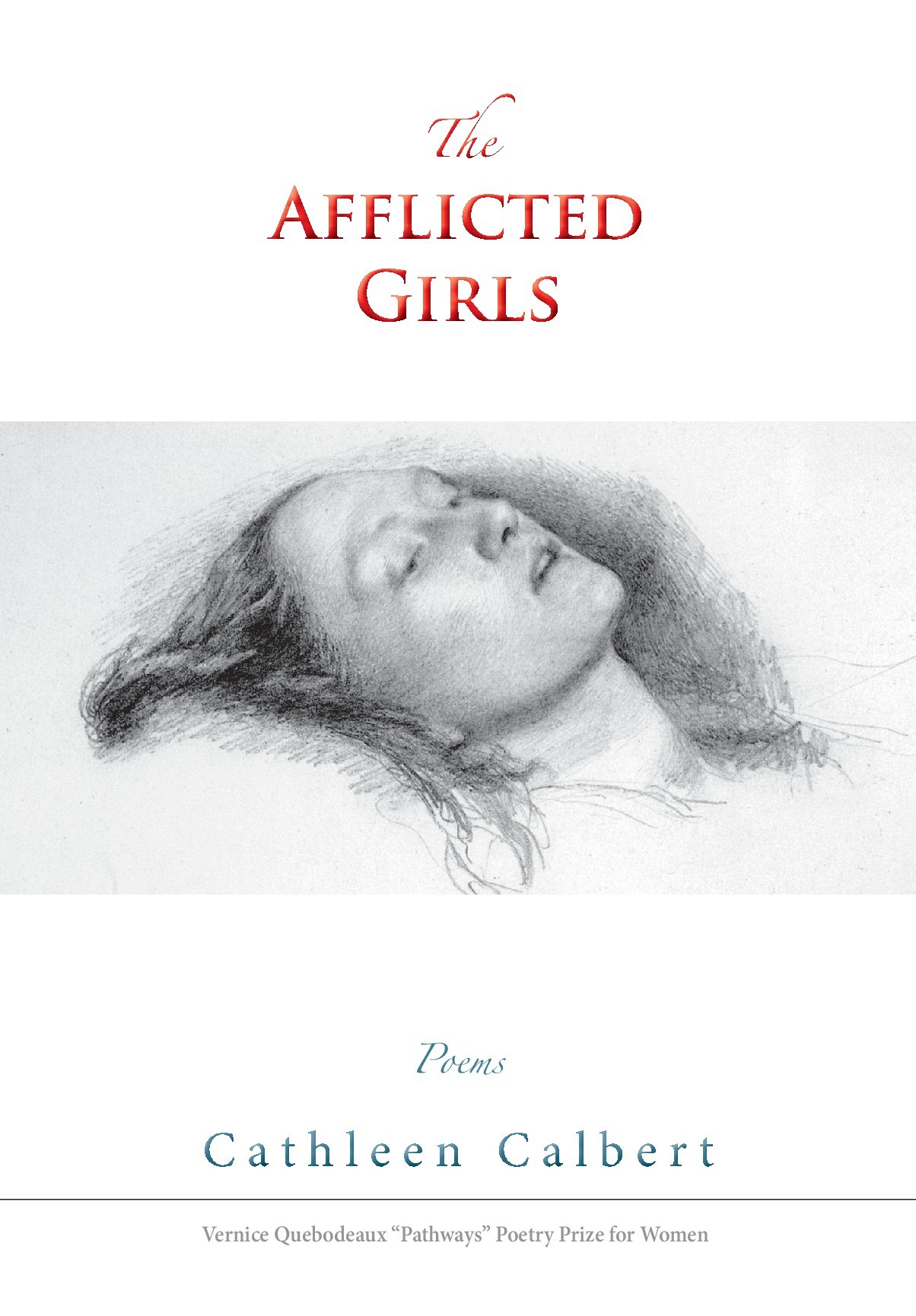 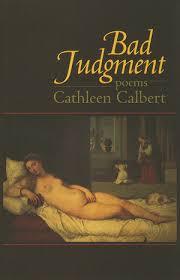 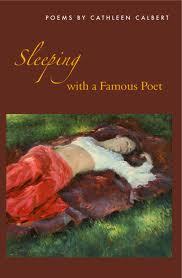 Cathleen Calbert is the author of four books of poetry: Lessons in Space, Bad Judgment, Sleeping with a Famous Poet, and The Afflicted Girls.

Individually, her poems and prose have appeared in numerous publications, including Ms. Magazine, The New Republic, The New York Times, The Paris Review, Poetry, The Southern Review, and The Women’s Review of Books.

She has been awarded The Nation Discovery Prize, the Gordon Barber Memorial Award from the Poetry Society of America, the MacLeod-Grobe and the Bullis-Kizer Award, both from Poetry Northwest, the Sheila Motton Book Prize from the New England Poetry Club, and a Pushcart Prize.